I’ve been showing my ‘Money Printing Pump” chart for years now.  I have always contended that the market would have continued to crash in 2016 had not the FED and related central banks put the pedal to the medal with a full-on acceleration in January of that month.

In recent weeks I’ve reprinted the chart, here and on twitter, saying to watch for another similar move from the FED as this latest ‘crash’ was in it early stages. I believe such a monetary pump is all that will pull the market out of its recent slide.

On Friday, FED chairman Jerome Powell discussed the January 2016 events as an example of what the FED can do.  Here are his remarks on that topic.  The markets remember what the FED did, and they went wild Friday on prospects of another January 2016 scenario. 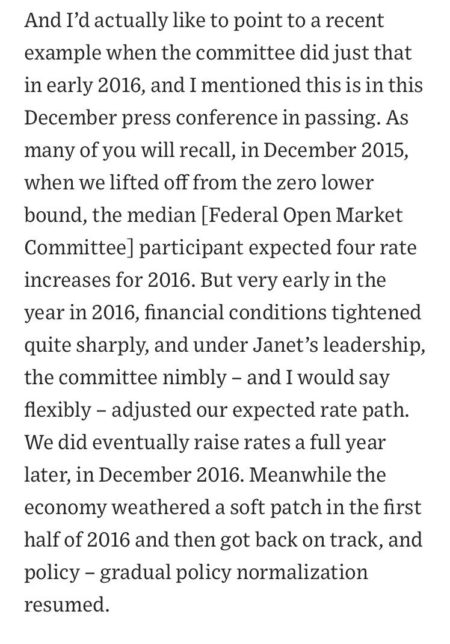 But is what Yellen did in 2016 feasible now?  My version of the “pump” jumped by 5% in less than three weeks!   Yes it worked, stocks took a u-turn out of their earlier steep dive. 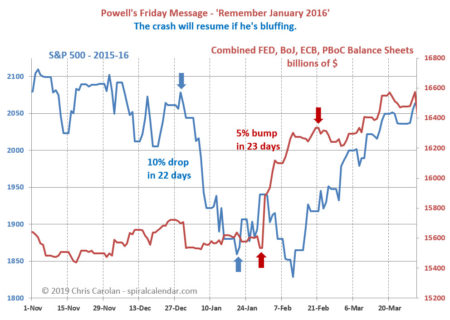 I suspect the market will quickly sour on Powell’s remarks if another mega-printing-pump a la 2016 is not forthcoming.

This site uses Akismet to reduce spam. Learn how your comment data is processed.